You are here: Home / ALMOST Everything (Featured) / Walmart: Up to 33% OFF LEGO Marvel Building Sets (starting at $13.99!)
Never miss a hot deal again! Subscribe to the Savings By Steve newsletter! Get our Best Deals delivered FREE - Subscribe Now! 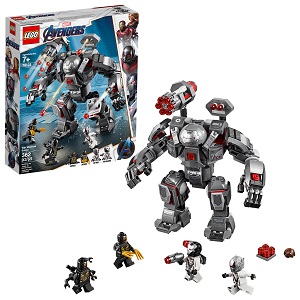 Do you have a Marvel fan that loves LEGO in your life? If so, you’ll want to head to the Walmart web site. They have some of their LEGO Marvel Building Sets on sale with discounts up to 33% and pricing starting at just $13.99. Here are the deals we noted:

Subscribe to our RSS Feed
CAF Productions LLC, the parent company of this web site, is a participant in the Amazon Services LLC Associates Program, an affiliate advertising program designed to provide a means for sites to earn advertising fees by advertising and linking to Amazon .com.